At SRD, we have several volunteer positions available for those not wanting to be on track skaters, but still part of the this vibrant, fun league and sport.

Skating officials are our referees. Affectionately known in roller derby as our, “zebras.” Their job in the league is to know the rules of the sport and to officiate our at our practices, scrimmages, and games. They keep us safe on the track by calling penalties during game play when there has been a rules violation. It’s a fast paced, and fun way to be a part of the game while not taking any of the hard hits and keeping us in line!

Non-skating officials are our record keepers. A vital part of the league but in a non-skating capacity. “NSO’s or flamingos” as they are known, have several different positions on track and off during game play. There are many positions that an NSO fills during a bout. They keep track of penalties, the score, game time, jam time, and many other areas. They are needed at scrimmages and games. So the commitment of time is not as intense, but still allows our NSO’s to be a part of the team and sport, in an equal, yet less physical role.

Announcers or announcing is another role that can be filled in the league. The announcers come on game days and are the audience surrogate, teacher, and informant. They call the action and keep the audience informed of what is happening in the fast paced, action packed sport of roller derby. They need to know how game play works, what penalties can occur, call out player names and numbers, and know how point scoring works. They are needed at home games.

Everyone of these positions is as important as the skaters on the track. They have a voice in the league and are vital to the success of this team. We act as one to make the league as prosperous and flourishing as one league can. 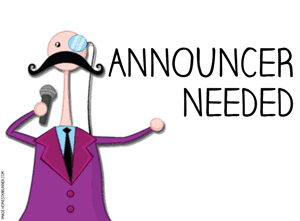 Have you ever wanted to be an announcer? Well here is your chance! SRD is looking for a Co- Announcer for our home games. If you are interested please send us your name, phone number and a brief bio. You don’t have to know about roller derby, we can teach you! https://www.facebook.com/springfieldrollerderby/ 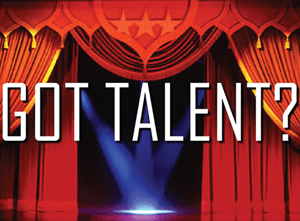 Calling all talents of all ages and all types!!! This season we are searching for talented individuals or groups to perform at our halftime shows for this seasons home games. Please send your video of your talent to [email protected] Please attach contact name and phone number for us to be able to reach you. 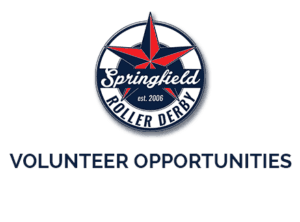 Springfield Roller Derby is looking to add to our coaching staff! This position would include practices twice a week, assisting with home games, as well as some travel with the for away games. You will work closely with current coaching staff and training committee to come up with a practice plan.  Knowledge of roller derby […]

Springfield Roller Derby is looking for a two Graphic Design/Marketing interns to assist us in the 2018 season. These positions are part-time, that would average about 5-10 hours per week (depending on the project at hand) with a flexible schedule. Ideal candidates for these positions would be current design students who are looking to earn […]